Isothermal high temperature carbonate storage above 800 °C offers enormous storage densities and can be applied in highly flexible conditions for dynamic steam generation. Thus, the existing conventional power plant infrastructure can be flexibilised to cope with fluctuating load curves caused by large shares of renewables in power generation. As part of the Energie Campus Nürnberg, this innovative storage system with high temperature heat pipes is investigated in lab and pilot scale to achieve a Proof-of-Concept and evaluate the technical potential of possible applications within a local power plant. 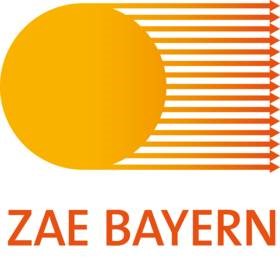 Fossil power plants in Germany, especially hard coal plants, need to supply large power output and high load gradients especially during morning and evening hours. The coverage of these load gradients with renewable power generation from wind and photovoltaic during transition and winter periods is not possible since sufficiently high power output from these sources is not achieved before midday.

Because of the complex control mechanisms for the electricity grid these load peaks need to be continually supplied with existing conventional power plants. Existing steam turbines are ideally suited for these load gradients, however large steam generators are too slow to follow the demand curve (± 10-15 GW within 2 hours) because of their high thermal masses and material considerations. Accordingly, electricity prices rise considerably during of times of high load gradients.

High temperature heat storage could present a solution to this challenge because of its ability to supply high pressure steam dynamically to steam lines of existing thermal power plants or even as a stand-alone storage steam power plant. The additional steam from the storage can generate large load gradients within minutes. Heat and Power Plant Sandreuth (Nürnberg) is taken as example for the technical investigation and evaluation of steam injection at different temperature and pressure levels to achieve significant load increase in short time.

The integration of high temperature heat pipes is an innovation to achieve an isothermal temperature profile in the reactor. Because of its ideal heat transfer properties heat pipes can achieve significantly higher heat flux densities in a carbonate reactor than with conventional storage. They have been tested extensively with the Carbonate-Looping-Process during the CARINA project and will be applied for the first time in a high temperature storage setting at the Chair of Energy Process Engineering.

The reactor and corresponding steam generator were delivered in Spring 2020. After static calculations were approved, the scaffold was installed in the experimental hall in April. The control cabinet was delivered in Juli and SPS-programming was set up parallel to construction during a Masters thesis. Since August, the plant is controllable, however not fully assembled yet.

Following, we finalised the design of integral components such as gas distributors for the reactor and sodium-filled high heat pipes which were build, fabricated and tested at the Chair of Energy Process Engineering. Subsequently, we designed peripheral installations such as piping to and from the reactor, sensors and actors (e.g. mass flow controllers, mass flow sensors for CO2 and steam for energetic balancing, positioning of up to 200 thermocouples for radial temperature profiles in the reactor ). At the beginning of 2021 we will assemble all components and start commissioning.

To accelerate the learning curve in designing a pilot-scale reactor we decided to build a lab-scale reactor with 10 kWh storage capacity. There we have the possibility to conduct cyclical measurements of calcination and carbonation in a much shorter timeframe than in the pilot reactor. This gives the opportunity to vary operating parameters such as temperature, CO2 partial pressure, fluidisation velocity as well as fluidisation media (N2, CO2, air, steam) during calcination and/or carbonation and determine their influence on cyclical CaO-conversion, storage capacity, storage power, fluidisation behaviour and controllability.

Commissioning took place at the end of 2019 and the first two series of experiments with 6 cycles of calcination and carbonation were successful in 2020. The serial experiments of 6 cycles with calcination temperatures of 800 °C and 850 °C respectively showed an improved CaO conversion compared to literature and own TGA measurements. Because of long residence times in a fluidised bed, the material keeps a higher capture capacity for CO2 than expected after TGA measurements. However, first experiments show that calcination duration can not be neglected as it increases heat losses. Therefore, to achieve a more efficient calcination, temperature during calcination should be raised above 850 °C in upcoming experiments.

In 2018, we conducted a number of experiments with a TGA (thermo-gravimetric analysis). Goal was to characterise our CaCO3 and to test it at planned operating conditions of the fluidised bed reactor. We selected a particle size between 100 and 300 µm, because it is easily fluidisable. We found that calcination/carbonation conditions in an energy storage context with temperatures between 800 and 900°C cause better cyclic stability of CaO conversion than with typical Carbonate Looping conditions from flue gas cleaning (950 °C calcination, 650 °C carbonation).