One of the most promising technologies to produce synthetic gases and fuels from biomass and residual materials is the allothermal gasification of solid fuels using the biomass heatpipe reformer. This technology is one of the main areas of development of the chair.

Funded by the government

The Development so far

At the end of the nineties, the idea of generating hydrogen from biomass was discussed in Bavaria for the first time. The chair for power plants of the TU Munich (Prof. Dietmar Hein) dealt with a method proposed by the Canadian company MTCI for allothermic steam evaporation of biomass in fluidised beds. The core problem of the allothermal gasification is to supply high heat flow rates to a gasification reactor at extreme temperatures above 800 °C. However, sufficient heating of the carburetor with the pulse burners proposed in the Canadian method was not successful. This resulted in the idea of heating the carburetor with high-temperature heaters – the so-called heat pipes.

The process of the heat pipe reformer was patented by the TU Munich and two prototypes with a thermal output of 100 kW each were developed at the TU Munich as part of the EU project “Biomass Heatpipe Reformer (BioHPR)“. A 30 kW Capstone microturbine was operated with the generated synthesis gas. Another EU project (“Biomass fuel cell utility“, BIOCELLUS) used the synthesis gas for the generation of SOFC fuel cells. For the development of the heat pipe reformer, Prof. Karl was awarded the Bavarian Energy Prize in 2006 and was nominated for the Diesel Medal in the category “Sustainable Innovation Performance”. 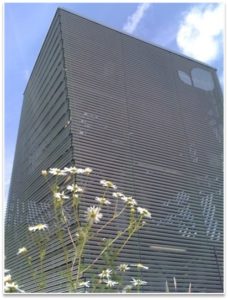 The decision of agnion management and the investors to use the HPR technology for combined heat and power with gas engines in place of the originally planned production of synthesis gas and synthetic natural gas for the substitution of fossil natural gas (“Substitute Natural Gas”) turned out to be problematic. The implementation of a first commercial plant with a capacity of 1.3 MW in the Upper Bavarian city Grassau, Achental failed at the gas purification necessary for the gas engine. The tar levels typically used for fluidized-bed gasification significantly exceed the permissible limit values for gas engines and could not be  lowered reliably with the RME scrubber. In addition, the cold gas efficiency was reduced to less than 50% due to the new design of the combustion chamber and the creep behavior of the heat pipes proved to be no longer manageable with the new design. As a result, agnion – with about 70 employees – had to register insolvency in January 2013.

In the year 2015, a 100 kW heat pipe reformer based on the original design was commissioned at the Chair for Energy Process Engineering at the Friedrich Alexander University Erlangen-Nuremberg. The plant has successfully demonstrated the production of substitute natural gas from brown coal and wood pellets and a new approach for in-situ hydrogen separation with nickel membranes has been tested within the framework of the Bavarian Hydrogen Center. 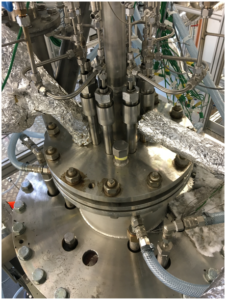 The biomass heat pipe reformer is an allothermic steam evaporator, which produces a hydrogen-rich and high-heating-value fuel gas at pressures of 5 bar. The concept was first demonstrated at the TU Munich within the framework of the EU project “BioHPR” and was implemented in the years 2007-2013 by the company agnion Inc. in Pfaffenhofen / Ilm.
The heat pipes in the heat pipe reformer transfer the heat of a stationary fluidised bed combustion chamber operated at about 900 °C to a pressure-charged fluidised bed reformer. There, wood pellets and wood chips are converted into a hydrogen-rich synthesis gas at about 800 °C. The gas is particularly suitable for syntheses and the production of substitute natural gas (SNG) in small decentralized plants with a heat output of 1 MW. Within the framework of the EU project CO2freeSNG, a concept for a heat pipe reformer with a capacity of 50 MW was developed.